In 1992, Paul left full time employment and set up PW Auto electrical with his wife Christina, as a mobile based business in Amersham Bucks serving the surrounding Chilterns.

In 1995 PW Auto electrical expanded and moved into new commercial premises in Chesham Buckinghamshire, continuing with the ever-growing expanding staff and using industry leading in house training methods. PW Auto electrical quickly established itself as one of the best independent Specialists in the home counties, carrying out work for industry dealerships, independent’s, and private customers alike.

In 2009 Paul Walmsley decided not to renew his commercial lease and instead opted for a more family orientated life-style change. Therefore, downsizing PW Auto Electrical considerably to its new home in Aylesbury, right next door to the family home where it remains today. 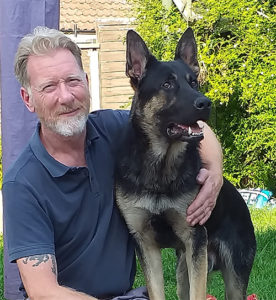 This website uses cookies to improve your experience while you navigate through the website. Out of these, the cookies that are categorized as necessary are stored on your browser as they are essential for the working of basic functionalities of the website. We also use third-party cookies that help us analyze and understand how you use this website. These cookies will be stored in your browser only with your consent. You also have the option to opt-out of these cookies.
Necessary Always Enabled
Necessary cookies are absolutely essential for the website to function properly. These cookies ensure basic functionalities and security features of the website, anonymously.
Analytics
Analytical cookies are used to understand how visitors interact with the website. These cookies help provide information on metrics the number of visitors, bounce rate, traffic source, etc.
SAVE & ACCEPT